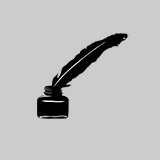 This is my first jaunt into the realms of sci-fi, but not my first attempt at coming up with a suitable story.

The Howling Winds is a story about an alien private detective, Ness Kahr, sent to track down the son of a rich human businessman who was lost in action during a space battle, along with the ship and all the crew. What at first seems like a straightforward missing persons investigation turns into an action-filled chase across the galaxy.

The fascination with aliens really led me to writing this story, partly because I love Mass Effect so much but also because I wanted to explore what humans looked like to other races. To Ness, they don’t look very good, and the story will address themes of xenophobia and coping with depression as the crew of the Kestrel bunny-hop around the galaxy in search of the missing human soldier. I’m really enjoying writing this one.